As expected, a member of the House of Representatives in Utah has filed a Bill (HB 278) to remove the Dixie name. With the filing of the bill, there will soon be a hearing before the House Education Committee. See the list below.

There are two representatives from Dixie on the Committee, Lowry Snow and Brad Last. We do not know for sure where they stand on the removal of Dixie from the University’s name. Likewise, we are unsure as to the others of the committee as well.

We request that you send messages to all members of the committee urging them to oppose the Bill. If you know any of the members personally or know people that do, please have them personalize the message.

You may also want to focus on Representatives Snow and Last to declare exactly where they stand.

The committee meeting is very important. But even if the Bill gets passed at the committee, it does not mean that the Bill has been approved. It must still go to a vote of the House of Representatives and then to the Senate. There are many points along the way where it can be stopped.

THIS IS THE TIME however, to really make the effort and also let our local representatives know that they need advocate and fight to fight very hard for Dixie.

We think that if our local representatives stand strong, the rest of the House will follow. We will have three persons ready to testify at the hearing, which could happen very soon.

In your email please ask them to SUPPORT THE PEOPLE IN UTAH'S DIXIE AND VOTE AGAINST THE NAME CHANGE AT DIXIE STATE UNIVERSITY.

PLEASE SHARE with all of your contact lists, email and social media and ask your friends and family to send a quick email to those listed above.

This is very important, we need everyone’s help and support NOW!! 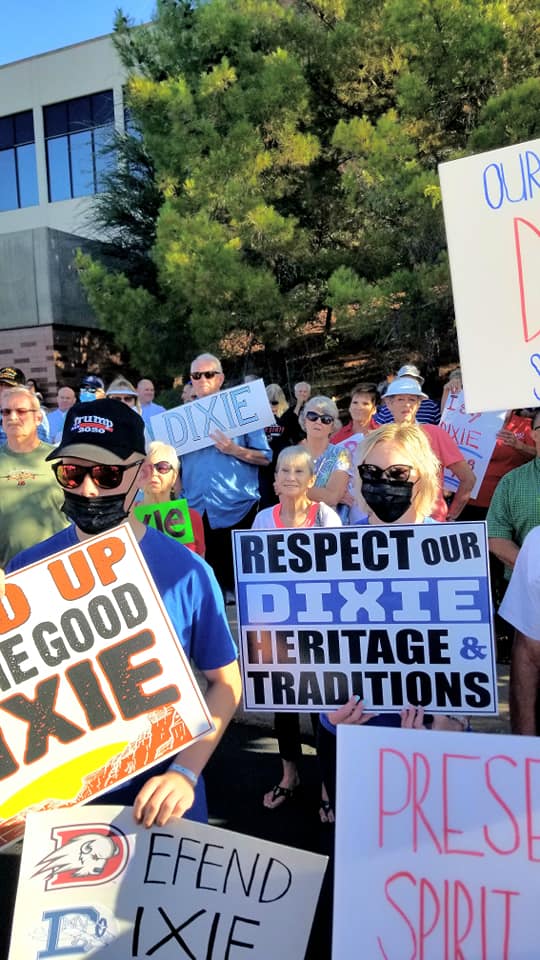 How can you help SAVE DIXIE?

1.  We now focus on getting everyone to contact the EVERY legislator in the State of Utah, ask them to VOTE AGAINST a name change for DSU.

Since every legislator will vote, we must include all members of the legislature, not just our local representatives.

a.   We also ask that you contact all of your friends, family & neighbors and ask them to contact their own local legislators THROUGHOUT THE STATE to ask them to vote against a name change at Dixie State if the bill goes before the next legislative session in January 2021.

Get ALL REPRESENTATIVES emails HERE.

WANT TO join US?